The odd experience of buying a house in Spain. A little essay.

When we arrived in Spain 14 years ago, our big ambition was to buy a house in the country. The market was booming and we had registered with 3 estate agents. Of course we already had done our homework and were well-prepared. But what was expecting us was beyond believe: From a garage without a driveway, over an old house with a natural mud floor, to a huge stable without water and electricity – everything was offered to us. Of course nothing for less than 150.000€, preferably more. An 80 sqm chalet in an unfinished state “a golf course will be built here next year “, a half-collapsed house without a bathroom “but look at this beautiful view of Arcos “, a one year old chalet where the tiles were already falling off “but the driveway with the 2 eagles on pillars, not everyone has that “. 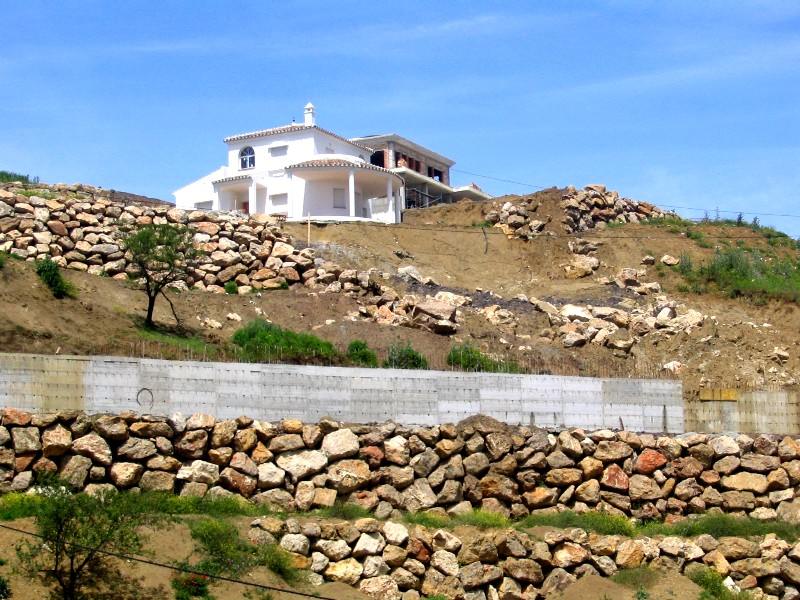 It gets fascinating when you realise that these houses are all illegal. And it doesn’t matter whether the house is standing all alone in the countryside, or in a kind of garden colony with 50 other houses, or whether it is in a town. A policeman who used to work in Germany took us to the land registry office and showed us how much land you need to build or buy legally in which area. It ranged from 3 to 5 hectares. So everything that was offered under 3 hectares was basically illegal. Hm, we had that expected to be different. What should we do with 3 hectares of land?

But that was not the only problem. Often there was some kind of garden plots outside the villages. This used to be a large finca, which the owner had divided into many small plots (around 3000 square metres each) and sold individually. 3000 sqm was ideal for us, and there was electricity and water too. On many plots there was already a bare brick building or a chalet and it was also very tempting in terms of price. But the whole thing was illegal! The plots had bee declared as gardens so you were not allowed to build on them.

No one was interested in this, and even a neighbour, a bank director, had built a two-storey “weekend house” with a pool. We were very sceptical. As a foreigner you are a bit more cautious. Apart from that, we had learned that such a subdivided finca still belongs to the previous owner (who usually still keeps a plot for himself). If, for example, he should lose at gambling and mortgage this finca, it is lost, even if you have bought a piece of it.

As I said, sometimes we doubted our mental health. We did not buy and found out a year later from the bank director’s wife: the mayor waited until there was a house on every plot and then all the house owners got a nasty letter from the municipality asking them to pay a fine or to tear it down. The amount of the fine is at the discretion of the municipality and can be up to 80 % of the value of the house. 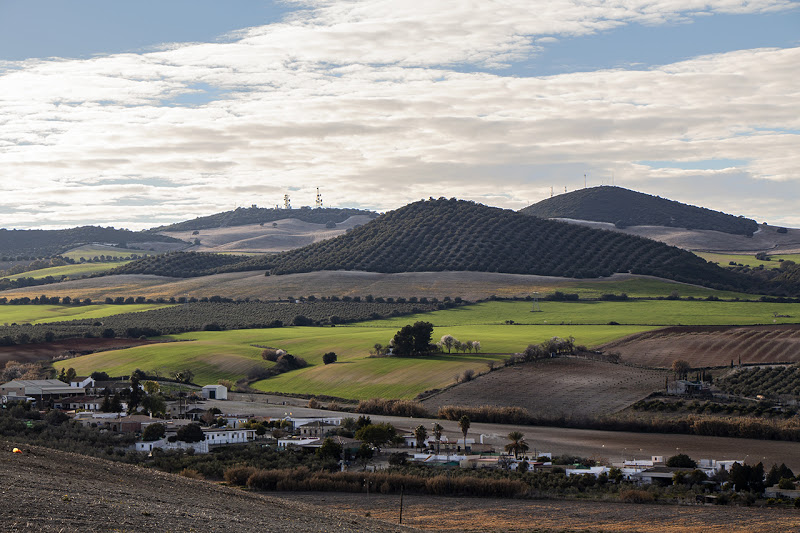 Even better: There are entire villages that are illegal. During our search for a house, we were sent to Gibalbin. This is about 10 km from Arcos. It is a very small, long village situated on a country road. Here we even talked to the mayor and learned something amazing: There is not a single legal house in Gibalbin. The whole place is illegal! Just imagine: at that time there were about 800 inhabitants, a big pub, a kindergarten, a mayor, a cash dispenser, a pharmacy, a motorway connection, town signs, electricity from Jerez, and yet everything was illegal.

So we thought: If the Spaniards could do it, why can’t we? We were really close to buying a nice chalet with a big garden. But in the end we didn’t dare. The house was then sold to some Spaniards who still live in it today. And: if you have built or bought a house illegally, and you even paid a fine, it will still remain illegal. If you ever want to sell it, you have no documentation for it.

The inhabitants of Gibalbin already wanted to legalise their village, but the district town of Jerez doesn’t allow it. It is a dilemma. On the one hand, they don’t want to legalise the wild villages because it would then become too much. People would buy cheap farmland, build houses on it and sell it again at a high price. Of course, they don’t want that, not to mention the urban sprawl. On the other hand, the Jerez would like to collect taxes for the houses, which is not possible because legally they don’t exist. Jedula is 10 km behind Gibalbin. Also an illegal village, but it grew so big that they even had to build a health centre. Only then the place was legalised.

Editor
Previous articleVaccination schedule for Andalusia to be announced on Tuesday
Next article“Moreno again rejects rapid de-escalation. Business owners are getting more and more upset”

Watch out: The price of using an electric appliance at ‘peak’ time rises by 40% compared to last week.

On average, running an appliance at peak time in a home with the regulated tariff costs 40% more from this Wednesday on than just...
Read more
Life in Spain

Entry into Spain: From 7 June, no testing obligation for those who have recovered and been vaccinated

From 7 June 2021, people who are fully vaccinated against Corona or who have recovered from a Covid 19 infection will be allowed to...
Read more
Life in Spain

Violent clashes broke out this afternoon between citizens and police in the La Atunara neighbourhood of La Linea after the bodies of two smugglers...
Read more
Life in Spain