Violent clashes broke out this afternoon between citizens and police in the La Atunara neighbourhood of La Linea after the bodies of two smugglers (19 and 51 years old) were found. People protested in the streets and set fire to rubbish bins. 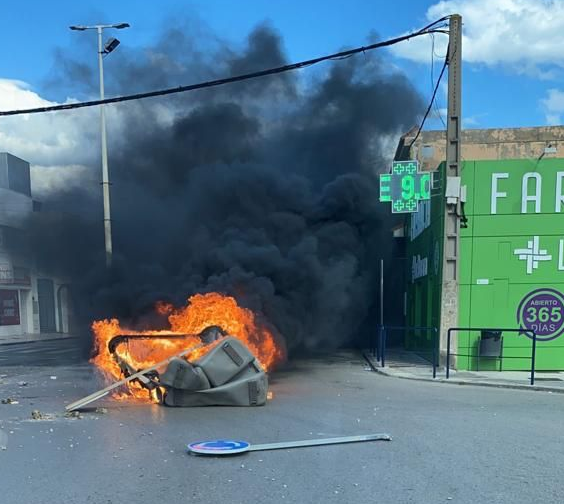 The death, still to be clarified, of the two crew members of a boat in La Línea, during midday on Monday and their arrival at the port of La Atunara, caused serious riots in the area surrounding the port facilities.

Armed with stones and bricks, a couple of hundreds, according to eyewitnesses, have come out onto the streets to show their anger at the death of these two residents of La Atunara and against the officers who were in the area where a strong police presence had been established, and where the burning of containers had also been recorded. The old Restaurante La Marina, one of the gastronomic ‘temples’ of La Línea for decades, has also been affected by a fire during the riots. The National Police have reported that they are maintaining the police deployment to try to restore and maintain public order after the disturbances and for the moment there have been no arrests. 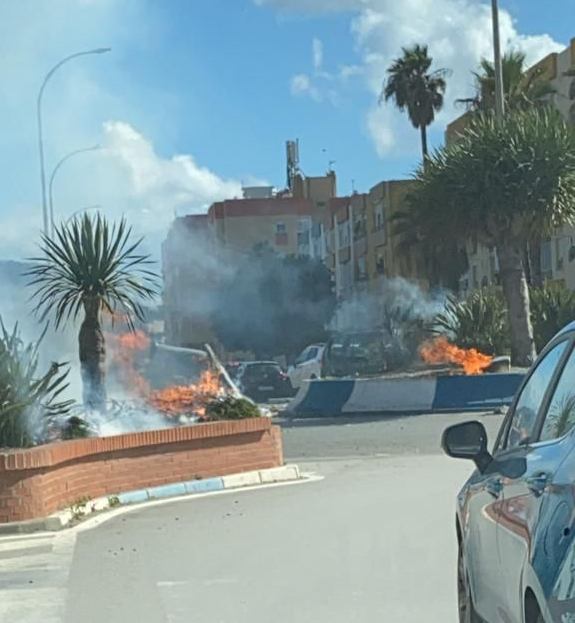 While the circumstances of the deaths are being investigated, it has emerged that they were 19 and 51 years old respectively and that they died two miles from the port after their rigid boat broke down. They were supposed to be carrying jerry cans of petrol, presumably to supply other narco-boats.

The latest information provided by the National Police also confirms that the two crew members were found swimming in the sea at the same time that help was requested from fishermen and the presence of the Guardia Civil and medical staff was required to rescue the two crew members.

National Police also denied that the deceased crew members did not receive the necessary attention. “The officers have made every effort to assist the deceased by trying to locate the appropriate means for their rescue. Intentional wrong messages would only increase the tension among the relatives, friends and neighbours of the deceased”.

Watch out: The price of using an electric appliance at ‘peak’ time rises by 40% compared to last week.

On average, running an appliance at peak time in a home with the regulated tariff costs 40% more from this Wednesday on than just...
Read more
Life in Spain

Entry into Spain: From 7 June, no testing obligation for those who have recovered and been vaccinated

From 7 June 2021, people who are fully vaccinated against Corona or who have recovered from a Covid 19 infection will be allowed to...
Read more
Life in Spain

In an effort to reduce the number of road accidents in Spain, new laws will come into force across the country on 11 May,...
Read more