San Roque moves to level 3 this Friday: these are the new rules

An earthquake measuring 3.8 on the Richter scale was registered by the National Geographic Institute (IGN) in Spain at 14.17 on Tuesday at noon on 6 October. The epicentre was nine kilometres from the provincial capital of Málaga, at a depth of some 80 kilometres in the sea. 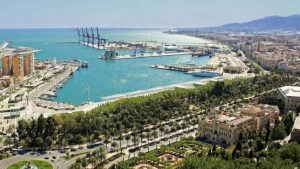 The earthquake was felt in Malaga itself, but also in Torremolinos, Rincón de la Victoria and Alhaurín de la Torre. The IGN has published a questionnaire for citizens who felt the earthquake. The questionnaire asks people to tell what they were doing when the earth shook, how they perceived the earthquake, whether objects moved or how they reacted.

The IGN collects such data after earthquakes like that in Málaga, in order to constantly improve the warning systems for the population in Spain. The Institute also hopes to gain insights into the extent of the damage caused by earthquakes of varying magnitude. Incidentally, the first questionnaire of this kind was developed by the authorities after the earthquake in Lisbon in 1755, when up to 100,000 people died on the Iberian Peninsula.

This is not the first earthquake on the Costa del Sol in recent times: four earthquakes were recorded in the area around Malaga last week, and twelve in the whole of September. The strongest of these, according to the IGN, was the earthquake on Sunday 4 September, with a magnitude of 4.1.

La Línea, San Roque, Los Barrios and Jimena put an end to the closure this Saturday

Six of the eight municipalities of Campo de Gibraltar are this Thursday below the 500 cases of coronavirus per 100,000 inhabitants and, although official...
Read more
Life in Spain

The odd experience of buying a house in Spain. A little essay.

By Petra Königer When we arrived in Spain 14 years ago, our big ambition was to buy a house in the country. The market was...
Read more
Life in Spain

The rebellion of bar owners has reached Spain: more than 8,000 gastronomes organise themselves

More than 1,000 hoteliers, bar and restaurant owners will launch a wave of lawsuits against the Sánchez government in March. They have organised themselves...
Read more
Life in Spain

Almost 90,000 people in Andalusia have already received both doses. Andalusia has administered a total of 300,031 vaccines against Covid-19 since the start of the...
Read more

The debate about the introduction of Corona vaccination cards in the EU is already in full swing. As Spanish media unanimously report, the parliament...
Read more

San Roque moves to level 3 this Friday: these are the new rules

La Linea, Castellar, San Roque, Jimena and Tesorillo enter level 3 from midnight this Friday. This has been announced by the Junta de Andalucía...
Read more

It was also pushed that the creation of quality jobs will be one of the main criteria for the selection of projects in the...
Read more

WHO representative: End of pandemic in sight – apparently even without vaccination

While warnings of virus mutations and "third waves" are being published all over Europe, the WHO has been talking about a trend in the...
Read more

The incidence of the eight municipalities of Campo de Gibraltar is now below 500 cases per 100,000 inhabitants, a circumstance that is occurring for...
Read more